What is Cryptojacking and Why is it Increasing?

Cryptojacking is an online threat where a hacker uses the machine's resources of the victim to mine online currencies called cryptocurrency without their consent. Cryptojacking is one of the growing online security threat of 2018. According to the report of McAfee Labs, there is 629 percent growth in cryptojacking threat in 2018 Q1. Cryptojacking will hijack the processing power of the computer and mobile devices and uses it for mining. Mining cryptocurrency will need dedicated hardware with good CPU or GPU so that it can calculate the hash required for mining. Setting up this hardware and making it run is costly. Therefore, for cryptojacking hackers will use many infected computers for the hash calculation so that they don't need to use their own hardware and resources for the mining. According to Check Point Software Technologies, 40 percent of the top 10 malware are crypto mining malware. 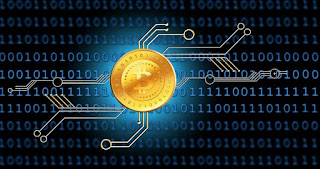 We can see many websites hosting crypto mining code for their profit and it is estimated that those sites are getting billions of visits. When hacker could inject their code on a popular website they are saving thousands of dollars to build a mining rig which would be able to mine the same amount of cryptocurrency. Cryptojacking script will work on both computer and mobile devices so they could use a single code to mine cryptocurrency from multiple devices. These days smartphone are being more and more powerful, and the number of smartphone users is growing. Hacker is taking advantage of this large number of mobile devices as a host of their mining script. A report of Malwarebytes labs shows that more than 60 million Android smartphones are infected from cryptojacking malware. This is a huge number and it is still growing; bad guys are finding new ways to host their mining code and use many devices to mine the cryptocurrencies. Cryptojacking doesn’t need any downloading, it will run instantly when the website is loaded, which makes it a more serious online threat.

Why Cryptojacking is Increasing Rapidly?

Computer and smart gadgets have become one of the essential components of business and individual these days. Therefore, the number of computers and mobile devices are increasing rapidly. Hackers are using those large number of computer devices for their financial gains. We saw the upward trend of ransomware attack in 2017. Ransomware attacks were increased by 250 percent in 2017 and U.S was the country worst affected by the issue. Due to the evolution of cryptocurrency and its price spike hackers are now moving towards mining cryptocurrency. Technically cryptojacking is easier for a hacker than ransomware attack, because of that cryptojacking has become one of the rapidly increasing internet threat in 2018.

Cryptocurrency has made hackers easy to cash out their stolen money from different resources since cryptocurrency are not regulated by any bodies and they can anonymous transaction with it. There are two main reasons for increasing number of cryptojacking malware, one is the safe cash out solution and the other is an easier attack.

There are already many services that allow its user to create a mining code and implement it on their website of malicious applications. Since it is very easy to use anyone can create their own crypto mining malware in few minutes with few lines of code without having strong technical skills. One can create a cryptocurrency mining malware in few minutes without having many technical skills using third party tools.

Popular posts from this blog

What is Ransomware & How to Prevent it?

Hackers are looking for a new and easier way to make money by entering on other people's system and ransomware is one of the tools they use to make money by locking the computer of people and organization. In my previous article, I discussed cryptojacking malware and why it is a big threat to information security. On that article, you can read how and why bad guys are injecting code on people's computer to make money from that. Ransomware is another major threat to cyberspace that I would like to discuss this article.

What is ransomware?
Ransomware is a software that is designed to block access to any system, files or operating system until we pay a certain amount to the attacker. Most of the time the attacker will encrypt the files of the computer and they will provide the key to decrypt only after paying the amount they are demanding. Most of the ransomware attack will give very limited time to the victim to pay the demanded amount and if they fail to decrypt it within the ti…
Post a Comment
Read more

Five Ways to Get Rid of Cryptojacking Malware


Installing browsing extension
Most of the crypto mining malware works from the web browser so we can stop that malware by installing a browser extension. There are few browser extensions like ublock origin & Malwarebytes that will help to block any cryptojacking scripts. If we have these extensions installed on the browser, they will automatically stop those scripts from running on the browser which will prevent the browser from running the mining code. Those extensions are available for free and they regularly update their signature. Since they will automatically filter the mining codes we don’t need to check them manually. Therefore, installing a proper extension will help to get rid of cryptojacking malware.

Triton: A Malware That can Kill Human

When we think of malware we think of a program that is designed to harm a computer device, servers or network. But these days bad guys are creating malware targetting the critical infrastructure which can deliberately kill people. Malware that is targetting critical infrastructure and human damage is not new in the cyberspace as there were few other cases before like Stuxnet but nowadays such malware is increasing at an alarming rate.

Recently one malware was detected by an experienced cyber responder Julian Gutmanis which could pose a serious threat to human life. The malware was found on the server of the petrochemical plant in Saudi Arabia in the summer of 2017. The initial vector of malware infection is still unknown but it could be the result of a phishing attack. Hacker managed to deploy their malicious program on the plant's safety instrumented system so that they could have full control of the safety system of the plant. Hackers were able to control the plant's system …
Post a Comment
Read more